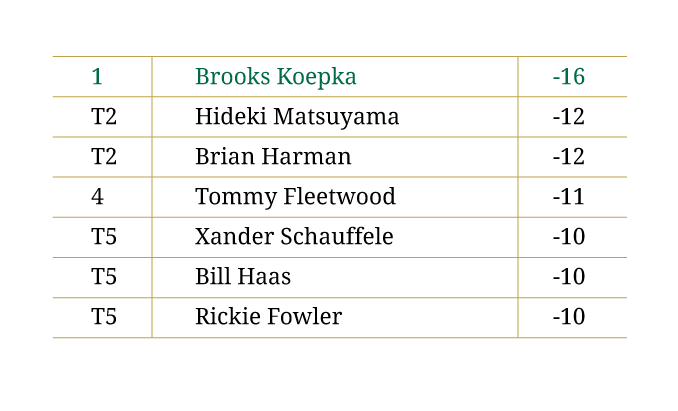 During the week of June 12-18, 2017, the U.S. Open Championship was contested in Wisconsin for the first time. The championship welcomed the world’s top players vying for the title that has been contested since 1895. The United States Golf Association provided the ultimate, most comprehensive test in golf to identify the best of the best, with past champions including Bob Jones, Ben Hogan, Arnold Palmer, Jack Nicklaus, Wisconsin’s own Andy North, and Tiger Woods. Thanks to a closing 67, this year Brooks Koepka added his name to this exclusive list of champions, the first of his four major championships in a span of just two years.

The U.S. Open is played at iconic venues around the country, with 51 courses to date holding the distinction of being a U.S. Open site. Erin Hills became the sixth public access course to host the championship (joining Pebble Beach, Pinehurst, Bethpage, Torrey Pines and Chambers Bay). More than 200,000 fans attended for the week and more than 5,000 volunteers assisted with the championship. The economic impact of the championship to our community exceeded $120 million.

The U.S. Open is considered one of the preeminent worldwide golf events, delivering the most memorable moments in golf history. The 2017 U.S. Open Championship, held on the grand stage of Erin Hills, was its 117th playing. We were honored to welcome U.S. Open fans back to the Midwest, as Erin Hills made history.

For more information on the U.S. Open, please go here.

Receive the latest updates on Erin Hills news and promotions.