The 2022 U.S. Mid-Amateur will be played September 10-15. The stroke-play portion will be played over Erin Hills and Blue Mound Golf & Country Club, with the match play portion played at Erin Hills. Volunteer Registration is expected to open in March 2022; to learn this specific date, if you haven’t done so already, subscribe to our Email Club.

Bill McCarthy loves the global scale, intensity and significance of the U.S. Open, and he appreciates the storied history and importance of the U.S. Amateur, both of which date to 1895 and form the bedrock of golf competition in the United States.

If pressed, though, he might tell you his favorite of the 14 championships conducted annually by the United States Golf Association is the U.S. Mid-Amateur Championship… and not just because he has been its Championship Director since 2010.

“Speaking from a personal standpoint, I regard the Mid-Am as our true amateur championship,” McCarthy said. “The U.S. Amateur has the best amateurs in the world, the vast majority of whom have their sights set on professional golf. Those players are focused on competing and making golf their livelihood and their careers.

“Whereas at the Mid-Am, the age eligibility is 25 and over … we’re talking about doctors, lawyers, insurance brokers, carpenters, mechanics, everybody across the spectrum. All these players have real jobs and careers and are still able to play golf at an elite, world-class level. That’s why, selfishly speaking, I call the Mid-Am our true amateur championship.”

I’ve been at it 25 years and when I even start thinking about retiring, we go ahead and sign up another great combination of courses for the Mid-Am and I’m like, ‘I’m in for another year.

That’s how he feels about Erin Hills and Blue Mound Golf & Country Club in Wauwatosa, which together will host the 2022 U.S. Mid-Amateur Championship, with the stroke-play portion at both courses followed by match play at Erin Hills.

The courses, he noted, are dramatically different: Erin Hills is a “big, powerful” public course laid atop impressive glacial features in the Kettle Moraine, while Blue Mound, a meticulously maintained private club, is a classic Seth Raynor design tucked into a quiet urban setting.

“I think the players who come to Erin Hills and Blue Mound are just going to be wowed by the combination of courses,” McCarthy said. “Blue Mound is in my top 20 in the world. It’s phenomenal. Any student of architecture just stands there and goes, ‘Wow!’”

It’s not the first time Erin Hills and Blue Mound will have teamed to host a USGA championship. The 2011 U.S. Amateur, won by Kelly Kraft, was staged on both courses. 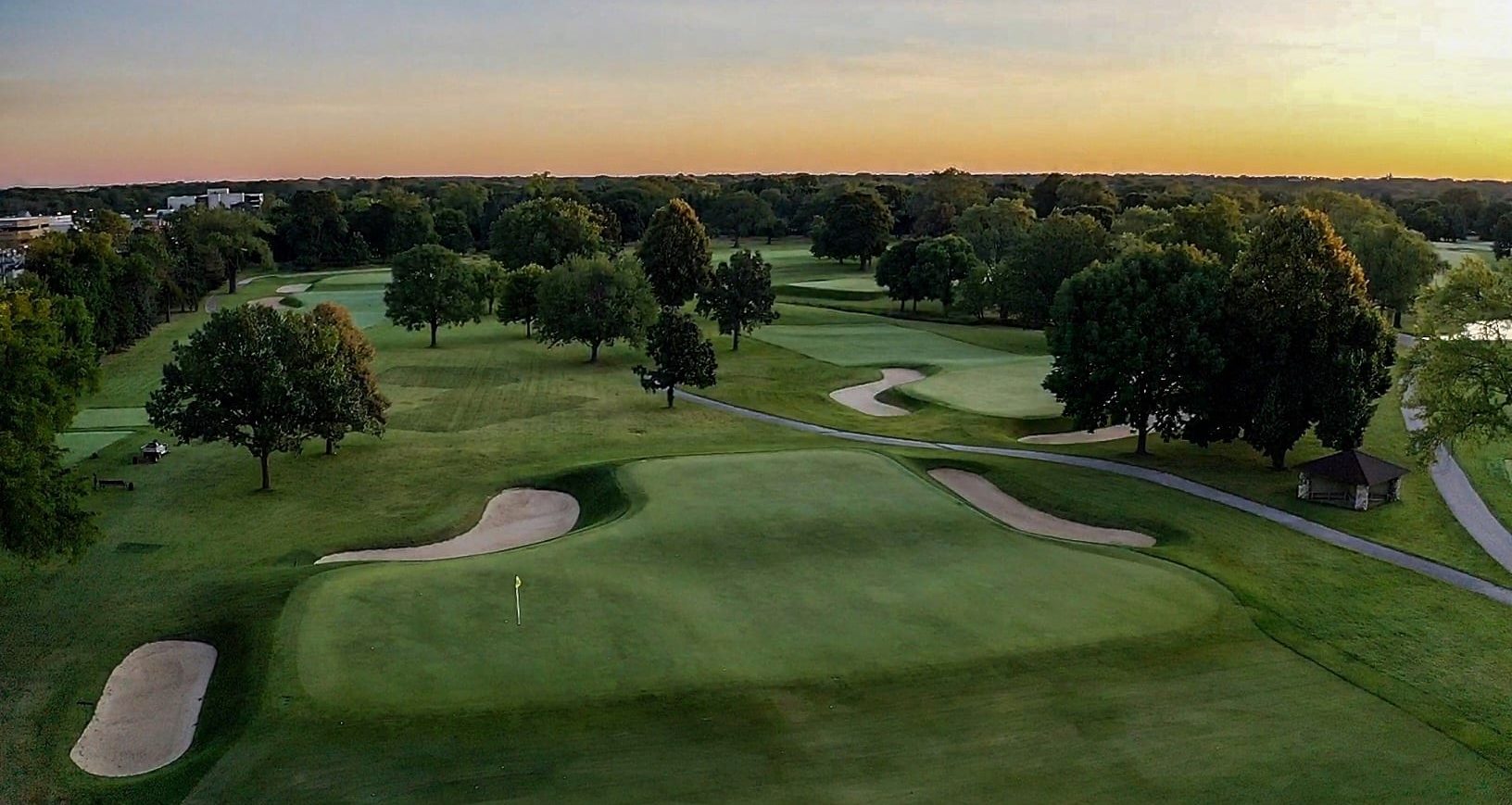 The 2022 U.S. Mid-Amateur will be the fourth USGA championship held at Erin Hills, following the 2008 U.S. Women’s Amateur Public Links, the 2011 U.S. Amateur and the 2017 U.S. Open. A fifth championship, the 2025 U.S. Women’s Open, also is scheduled to be held on the wind-swept Michael Hurdzan-Dana Fry-Ron Whitten design.

That varied list of championships, which will have tested everyone from teenaged girls and young men to the best male and female professionals in the world in a span of just 17 years, speaks to Erin Hills’ rare flexibility.

“It’s just an amazing facility,” McCarthy said. “When we talk about the variety of championships that we’ve held there and are going to hold there … I think that speaks to the strength of the course in terms of the architecture being able to provide championship set-ups for those varying demographics of championships and players.

“When the U.S. Open or the Mid-Am goes to Erin Hills, we expect a set-up that the player is going to pull every club in his bag. And when the Women’s Open comes, we expect the same thing. It’s not like you go to a course and it’s all mid-irons for the U.S. Open and all long-irons and hybrids for the Women’s Open. No. Based on the teeing areas, all the same shot values are there, which is fantastic.”

The 2022 U.S. Mid-Amateur is scheduled for September 10 through 15, with contestants playing 36 holes of stroke-play – one round each at Erin Hills and Blue Mound – followed by match play starting September 12 at Erin Hills. The champion traditionally receives an invitation to the following year’s Masters Tournament, along with an exemption into the next U.S. Open. However, McCarthy says these elite players are arguably more motivated to win the Mid-Am so they can hold a piece of history.

I think the beauty of that is that with some other championships, the prize is those exemptions and invitations into other events,” McCarthy said. “But I truly think the players in the Mid-Am are primarily playing for the Bob Jones Trophy. And then as a byproduct, the invitation to Augusta and the exemption into the U.S. Open are there.

Erin Hills can be stretched to more than 7,800 yards, though it will measure closer to 7,400 yards for the U.S. Mid-Amateur. While the set-up will test the contestants’ ability to drive the ball long and straight, daily changes in teeing areas and hole locations — not to mention the direction and intensity of the wind — will identify the players best able to adapt during match play.

“You’re going to see some long par-4s and then you’re going to see the same hole play a little shorter based on a hole location in match play, and vice versa,” McCarthy said. “A good example would be Hole 3. We may be up at 430 yards in stroke play, but there’s a 475 tee back there that we may use in match play. That variety is there with all of the holes, and especially on the par-3s.

“And the big difference between the Mid-Am and the U.S. Open is the match play portion, where we can challenge the players with different changes in the golf course because it’s just one-on-one. So, if we come up on a par-3 that was 230 yards yesterday and all of a sudden we’re playing it at 160, well, hey, match play is about being able to adjust to those little surprises. And then the course has a couple drivable par-4s that we’ll be looking at in match play that are risk-reward and exciting and fun.”

Receive the latest updates on Erin Hills news and promotions.